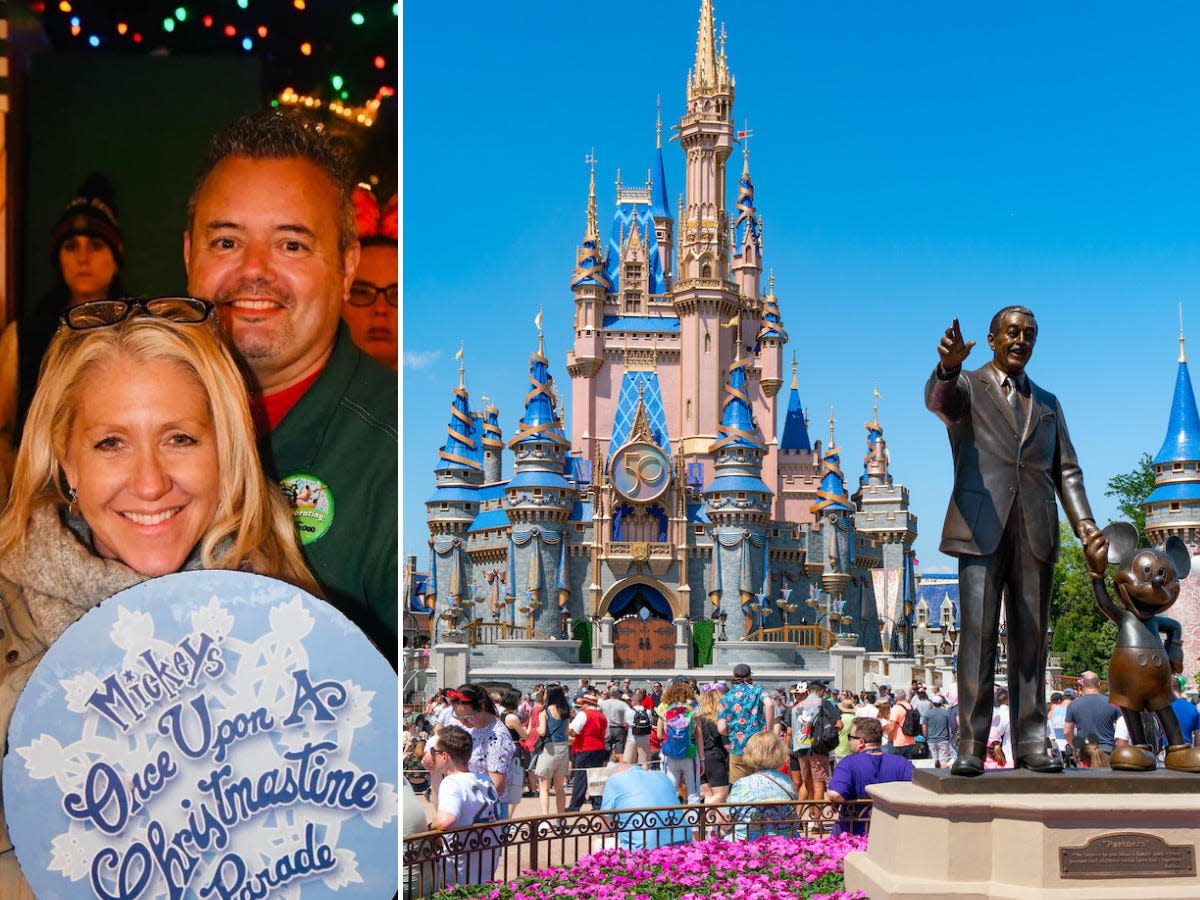 Greg Antonelle has planned Disney vacations for visitors for over a decade. While he’s seen travelers make plenty of mistakes, the last two years have brought an entirely new set of them.

Since opening their company, Antonelle told Insider he’s booked tens of thousands of trips for everyone from high-budget clientele like famous musicians and professional athletes to budget travelers.

“Disney has changed so much since the pandemic began,” Antonelle said, adding that changes are still happening today.

Here are the six most common mistakes he sees Disney visitors make when visiting the parks right now.

One major mistake happens before you even get to Disney: Not budgeting enough time for travel.

Traveling to Disney is the first step to kicking off a Disney vacation, but as airports around the country experience everything from pilot shortages to flight cancellations and delays, Antonelle said it’s key to leave room for error.

“Lines at airports, ports, customs, and other foreign destinations require you to wait longer than usual in many cases,” Antonelle said.

Budget in extra time for traveling, prepare any documents you might need, and be prepared with a backup plan if something goes wrong, Antonelle said.

The last thing Antonelle said a traveler wants is their Disney trip to be shortened — or canceled altogether — because of a long security line or missed flight.

Antonelle said one of Disney’s biggest pandemic-related changes is its new reliance on technology and phones.

“[Disney] has really gone through a big technology phase,” Antonelle said. “Mobile ordering. Mobile dining. You can get into your room with your phone, you don’t need a key.”

Before the pandemic, some things like mobile dining were available but not necessary for guests. Today, you can’t even enter the park unless you’ve downloaded the My Disney Experience app, which is where a visitor’s park reservation is held, Antonelle said.

Disney has also launched new platforms like MagicMobile during the pandemic. MagicMobile, which went live in March 2021, is part of the My Disney Experience app, according to Travel Weekly. This replaces a guest’s Disney MagicBand and allows them to enter parks, access PhotoPass photos, and enter virtual queues.

Some travelers don’t realize that you need a reservation and a ticket to get into the park, he said.

When Walt Disney World Resort reopened its parks in 2020, it added a new Park Pass reservation system that requires visitors to reserve a spot at a park, according to Inside the Magic. Prior to the system, guests could buy a ticket and visit whichever park they wanted, Inside the Magic reported.

Now, some visitors are being turned away from the parks if they don’t have a reservation, according to Inside the Magic.

“We see it every day, people trying to get in the park and they don’t have a Park Pass reservation,” Antonelle said.

Antonelle suggested that the moment you start looking into a Disney vacation, check the Park Pass reservation system to confirm that there are still park openings.

Once your trip is planned, reserve your Park Passes as soon as possible, Antonelle said, especially since the park is known to reach capacity during popular times like spring break and summer.

Travelers also might not realize you should reserve most dining ahead of time.

Antonelle said Disney’s reservation system existed before COVID-19, but today, a reservation is necessary if you want to get a table.

“They won’t take walk-ups unless somebody happens to cancel, which is rare,” Antonelle said.

Before the pandemic, reservations opened 180 days in advance; today, reservations can be made up 60 days ahead of your trip, according to Disney’s website. Antonelle said travelers should book their reservations as soon as their 60-day window opens.

Another common mistake Antonelle said he sees is visitors not doing enough research before their trip.

Antonelle said that if there’s a Disney experience you’re eager to have, check before your trip to make sure it’s still happening and whether or not you need reservations for it.

For instance, Antonelle said he was at Magic Kingdom last April when he ran into a family that was waiting for the fireworks show. Both Disney World and Disneyland had nightly fireworks shows and performances before COVID-19.

But the show was put on pause due to the pandemic (it restarted in July 2021, according to Fortune Magazine). The family didn’t know about those changes and were disappointed they had scheduled their day around the show, Antonelle said.

Similar Disney experiences like character meet-and-greets, parades, and performances have also changed in the last two years, so do your research beforehand, Antonelle said.

“I don’t recommend anybody doing [a Disney trip] without a travel agent who is experienced and knows everything. Otherwise, you’re going to be disappointed,” Antonelle said.

A travel agent will help you make sure you’re prepared and familiarized with all the new changes across Disney parks. Plus, they can help you reserve sought-after dinner reservations, get deals on Disney hotels, strategize travel dates so you can visit Disney when it’s less crowded, and help you book a VIP tour of the parks.

Plus, if something goes wrong, you’ll have an advocate and planner there to help, he said.

Read the original article on Insider