The naturally made Amarnath Shivalinga is reported to have almost melted owing to the rising heat in the Kashmir region lately, as reported by a popular news website.

The news has come after the government authorities have cancelled the Amarnath Yatra for 2020 in the wake of Coronavirus. Reportedly, the ice lingam has melted by about 80 per cent, though it was completely formed by mid-June when the shrine was formally reopened after an annual sabbatical.

The daily reports that the size of the shivalinga had come down by 50 per cent in the first week of July. Furthermore, when Rajnath Singh, Minister of Defence, visited the shrine on July 18, it had further been reduced by more than 80 per cent.

Recently, the Jammu and Kashmir High Court asked the Shri Amarnath Shrine Board (SASB) to take a quick call regarding hosting of the annual yatra in the light of COVID-19 threat posed by such an event.

Amarnath shrine is located 46 km from Pahalgam and 14 km from Baltal in the south Kashmir Himalayas at a height of 13000 ft.

The Mahant of Amarnath cave temple, Deependra Giri, the custodian of Lord Shiva’s holy mace, has shown his support for the board’s decision to nullify this year’s yatra to the cave shrine. Giri has the duty of carrying the holy mace from its home at the akhara building in Lal Chowk to the cave in south Kashmir about seven days before the end of the pilgrimage and then back to its abode after completion of the rituals. 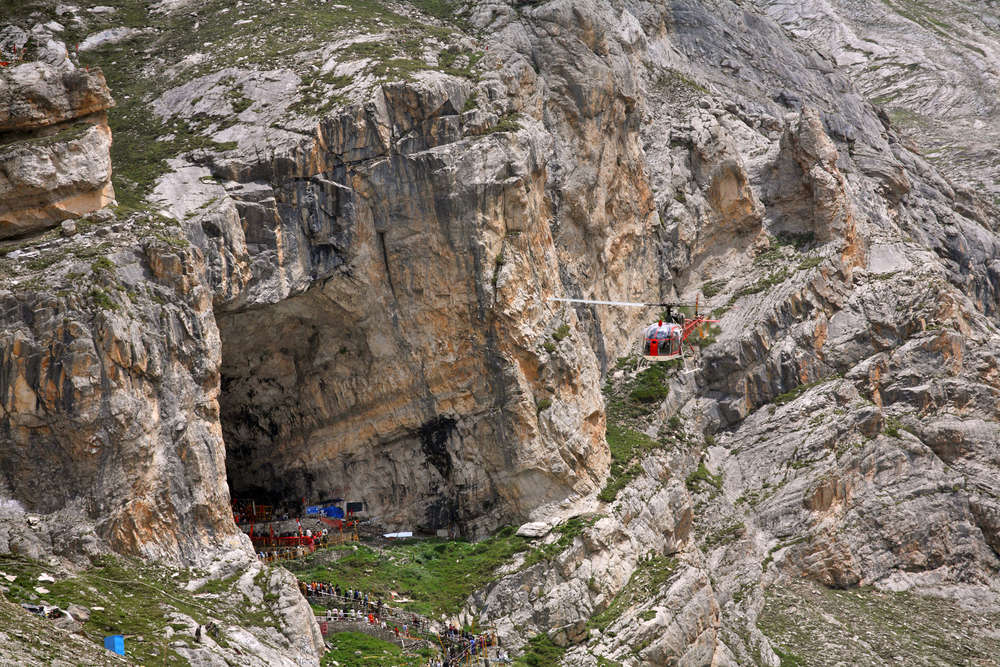 The government has called off the annual yatra in the past, but it is for the first time in decades that the yatra has been cancelled even without commencement. According to the video message given by Giri, this is the right decision in view of the prevailing pandemic situation.

Calling the decision as divine wish, Giri added that live telecasts of the morning and evening aarti will benefit the devotees.

The J&K government had called off the yatra on August 2, 2019, and had sent a security advisory requesting Amarnath pilgrims and tourists to depart from Kashmir citing security threats after the Indian government abolished Article 370.