The highly sacred Amarnath Yatra in Kashmir has been capped to only 15 days for this year owing to the Coronavirus pandemic. According to the reports, Shri Amarnathji Shrine Board (SASB), which manages the Yatra to the Himalaya cave shrine, had made the said announcement.

The yatra in 2020 will start from July 21 and finish on August 3. The Pratham Puja, which marks the reopening of the shrine after a sabbatical, was performed on Friday in the presence of several people.

Only pilgrims below 55 years of age will be permitted to undertake the yatra this year, the case of sadhus being an exception to the rule. It is mandatory to have authorised and valid COVID-19 negative certificate to get approval for this yatra. Thermal screening of the pilgrims will be done before they are allowed to enter the J&K border.

Pilgrims (except the sadhus) interested in this yatra will have to register themselves online. The shrine board officials have decided to do the live telecast of the aarti performed at the cave shrine for the entire duration of 15 days. 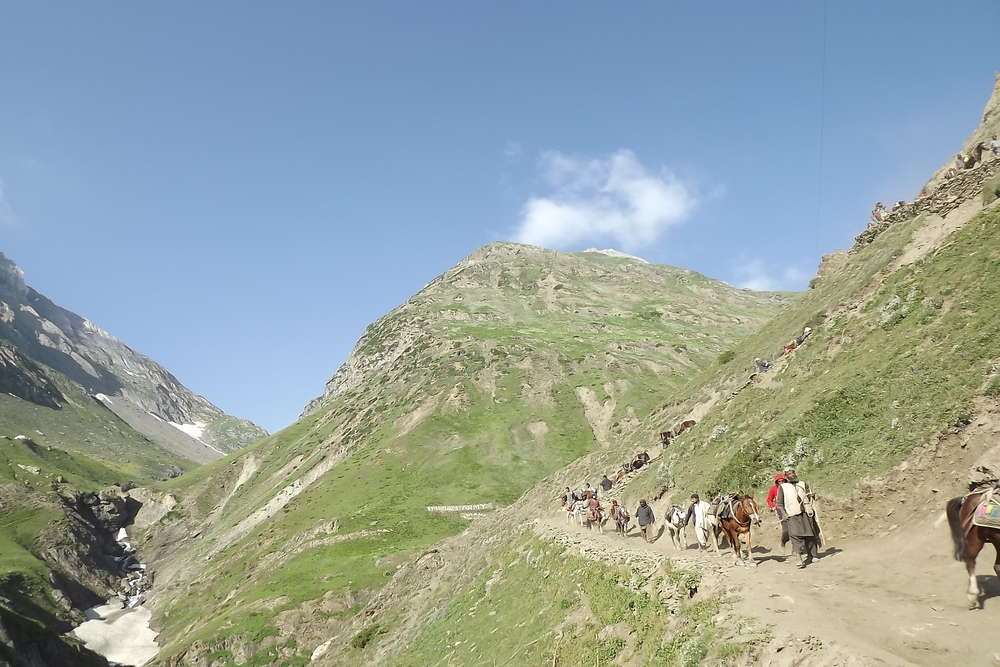 Reportedly, the route via Pahalgam for Amarnath cave has been changed for 2020. So, this year, the pilgrims will travel through the Baltal route of North Kashmir.

Helicopters to be deployed from Baltal base camp

Pilgrims can look forward to be flown by helicopters from Baltal base camp in Ganderbal district to the main cave of Baba Amarnath this year. The reason behind this development is the absence of local labourers and the hard task of keeping the track from the base camp to the cave.