The annual Amarnath Yatra has now been cancelled due to the Coronavirus pandemic that has already affected, and is still affecting a large number of people. The decision to cancel the holy pilgrimage has been taken by Shri Amarnathji Shrine Board. The yatra goes through Jammu and Kashmir, a state where about 14650 people have been affected by the virus, with about 254 deaths.

The Shri Amarnathji Shrine Board, headed by Girish Chandra Murmu, Lieutenant-Governor of J&K, took this decision through a video conference at the 39th meeting of the board. 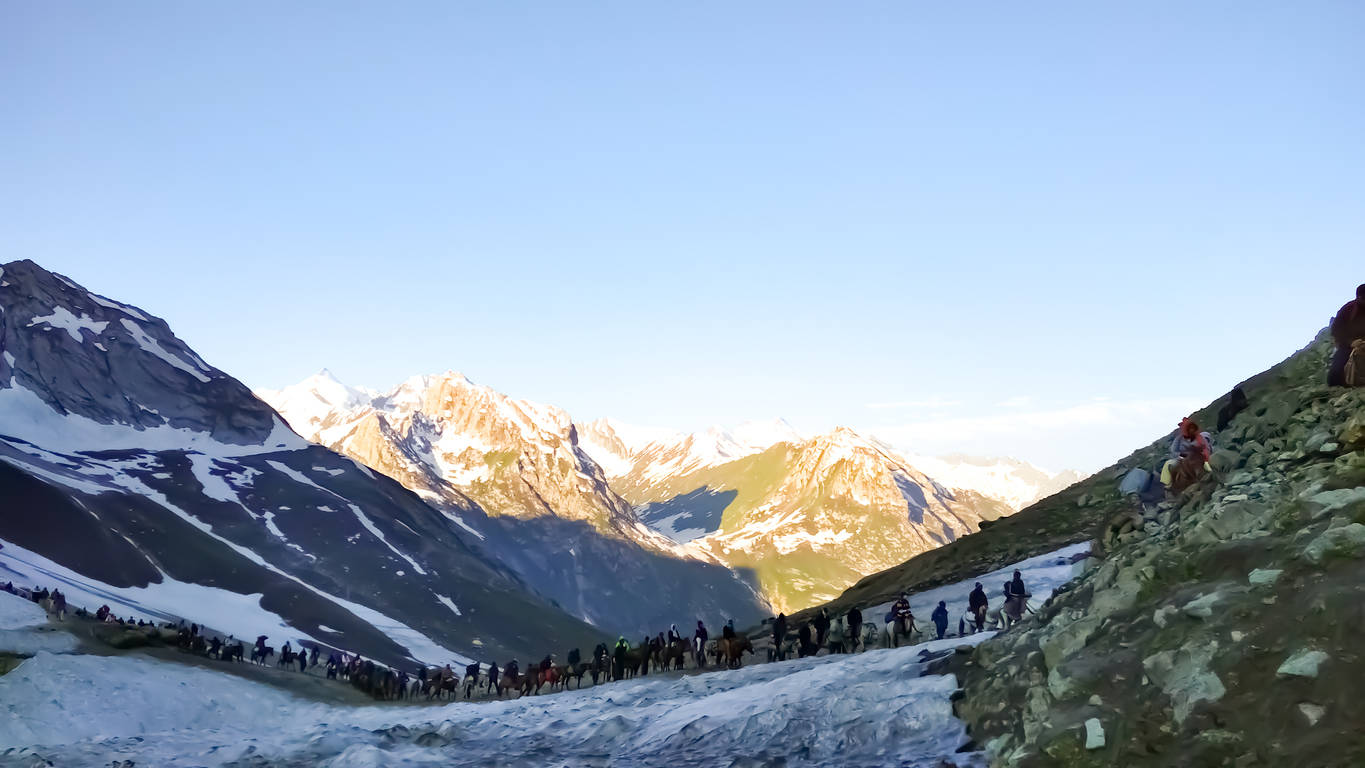 The pilgrimage that attracts hundreds of devotees was scheduled to begin on June 23 this year, and conclude on August 3, on the day of Shravan Purnima. But the prevailing conditions did not permit so. According to an official spokesman of the Shri Amarnathji Shrine Board, it has been said that while the board respects the sentiments of devotees, it is not advisable to hold the yatra this year. It was further stated that darshan can be viewed online, or on TV. There will be provisions made for live telecast of the morning, and evening aarti.

It was also said that the holy ritual of Charri Mubarak, wherein Lord Shiva’s holy mace is brought to the holy cave from the Dashnami Akhara Temple in Jammu will be facilitated by the government.

It has been further stated that even health workers, and security forces are getting infected by the virus. Therefore, the district administration is spending all its resources on curbing the spread of the infection. The health concerns are very grave at the moment, and the board thought that it is the right decision to cancel the yatra.