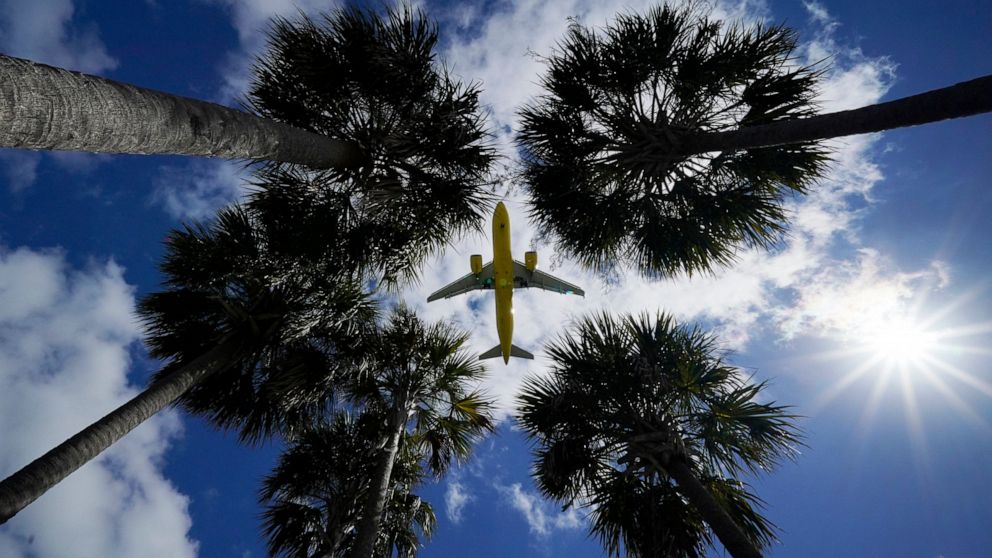 Flying to Florida has turned into a nightmare at times in recent months, and now federal officials say they are going to do something to fix things

By The Associated Press

Federal officials are promising to add air traffic controllers and take other steps to improve the flow of planes in Florida, which airlines say has become a weak link in the national airspace.

The Federal Aviation Administration said Wednesday that it will add staff at a key air traffic control center in Jacksonville and other places, although it didn’t provide numbers.

The promise came during a two-day meeting between FAA officials and representatives of about a dozen airlines. The airlines told the FAA that the number of Florida flights will shoot past 2019 levels.

Air traffic to Florida picked up more quickly during the pandemic than many other places, and airlines have scheduled even more flights for this summer. That is raising concern about the potential for massive disruptions that could ripple far beyond the state’s borders.

The FAA said it also agreed to update airlines more often about space launches and other events that can squeeze routes airlines use over Florida. Airlines say they have been caught off guard by route closings, forcing them to cancel flights.

Most noteworthy, Southwest Airlines blamed bad weather and air traffic control in Florida for cascading problems that led it to cancel more than 2,000 flights over three days last October. JetBlue Airways blamed those and other factors for widespread cancellations last month.

The FAA said it will make more use of alternate routes — sometimes at lower altitudes, which would increase fuel burn — to keep planes moving after disruptions. The agency said it will also develop a plan for responding to snarls, similar to what it does in the New York City area.