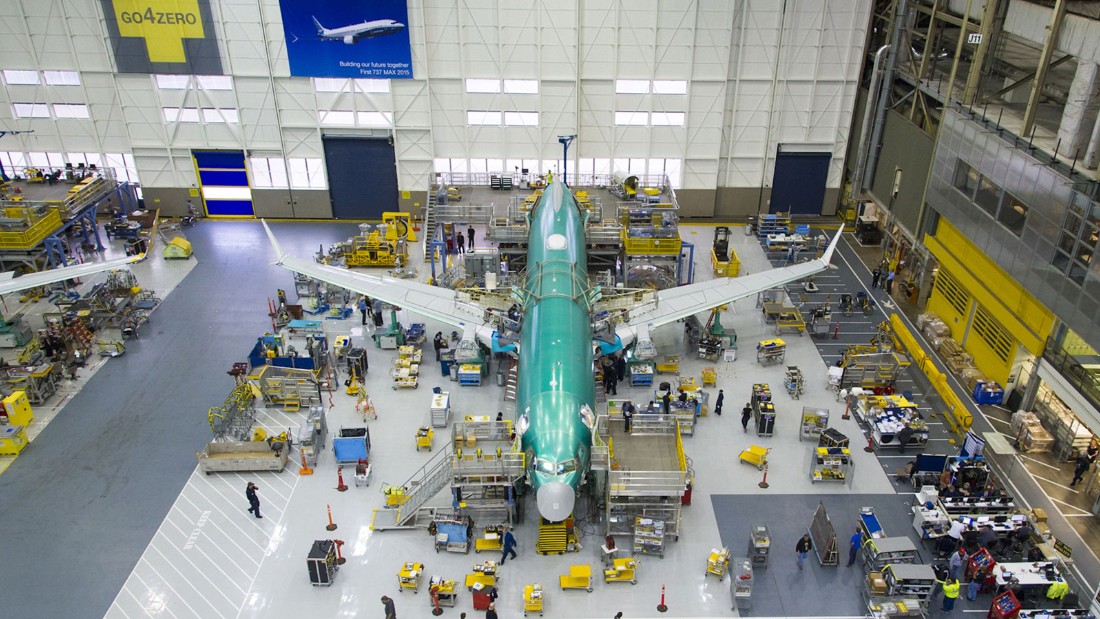 Still under construction in a dedicated new facility at Boeing’s production center in Renton, near Seattle, the first completed 737 MAX is on track to be rolled out by the end of the year.

Boeing hopes the plane’s design will give it the edge it needs to challenge the success of rival Airbus’s year-old A320neo.

It’s a battle that could come down to the new design of its winglets — the distinctive curling shapes at the tip of the aircraft’s wings.

“It’s just one of the features that differentiate the 737 MAX and make it an amazingly fuel-efficient machine,” says Keith Leverkuhn, vice president and general manager of the 737 MAX program.

The first 737 MAX is scheduled to fly in early 2016, with launch customer Southwest Airlines scheduled to take delivery late in 2017.

However, with the 737 Max promising to be 20% more fuel-efficient than the current 737, and with Boeing claiming to have operating costs that are 8% lower per seat than its nearest competitor, the 737 Max team will be hoping to close the gap.