The ongoing lockdown might have taken a toll on humans but it looks like animals are having a gala time and are making the most of it. Nature too looks happy, healthy and is thriving. In a recent animal sighting, four snow leopards were spotted and captured by cameras at the Nanda Devi National Park in Uttarakhand.

According to DK Singh, Director of Nanda Devi Biosphere Reserve, these snow leopard sightings were captured by a camera trap from January to March. However, they recently came into light after the forest officials checked the footage.

Mr. Singh explained that the forest department set up camera traps in regions where there is a maximum chance of snow leopard sightings. The same are checked every 2-3 months.

He further told that 10 days back, when they checked a camera trap that was set up in the Malari area of the Nanda Devi National Park, they noticed four snow leopards. Among them, one was a snow leopard pair which is an extremely rare sighting. 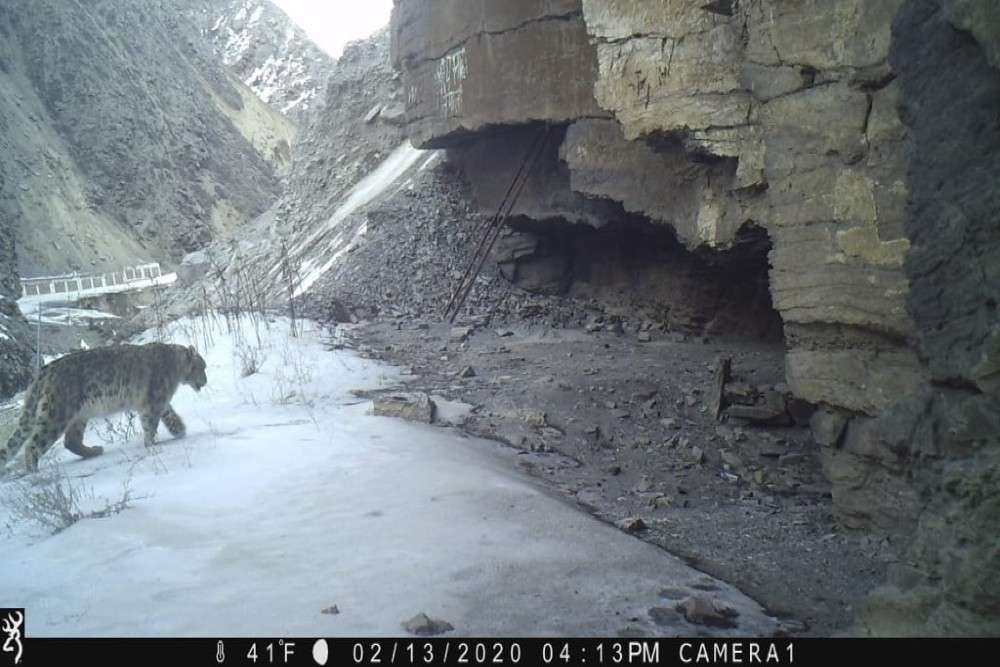 As per the Chief Conservator of Forests (CCF) Western Circle Kumaon, these rare sightings were recorded at an altitude of 3100 m (10170 ft) sea level, wherein ‘Crepuscular’ behaviour of these elusive leopards can be noticed.

Snow leopard, as of now, is an endangered species. As per Dehradun based Wildlife Institute of India (WII), India has around 516 snow leopards, among which Uttarakhand has 86, Himachal Pradesh has 90, Sikkim has 13, Arunachal Pradesh has 42, and Jammu and Kashmir has 285.