India’s only living fort, where thousands of people live rent-free

It’s a known fact that living in cities costs a lot as a major chunk of our earnings is spent on rents. Therefore, it might come as a surprise to you if we say that there is a fort in Rajasthan, where people have been living rent-free till date. As per the records, thousands of families have been living inside this magnificent desert fortress without paying a single penny.

The fort was built by King Rawal Jaisal in 1156, and is known as the famous Jaisalmer Fort in Rajasthan. Also, a UNESCO heritage site, it is, reportedly, the only living fort in the world. It is called a living fort, because unlike other forts that were converted into luxury hotels or were abandoned, the Jaisalmer Fort is standing tall till today. And if you go by records, approximately 4000 progenies of the castle’s earliest inhabitants still live inside its fortified walls, and have been earning their livelihood via tourism. 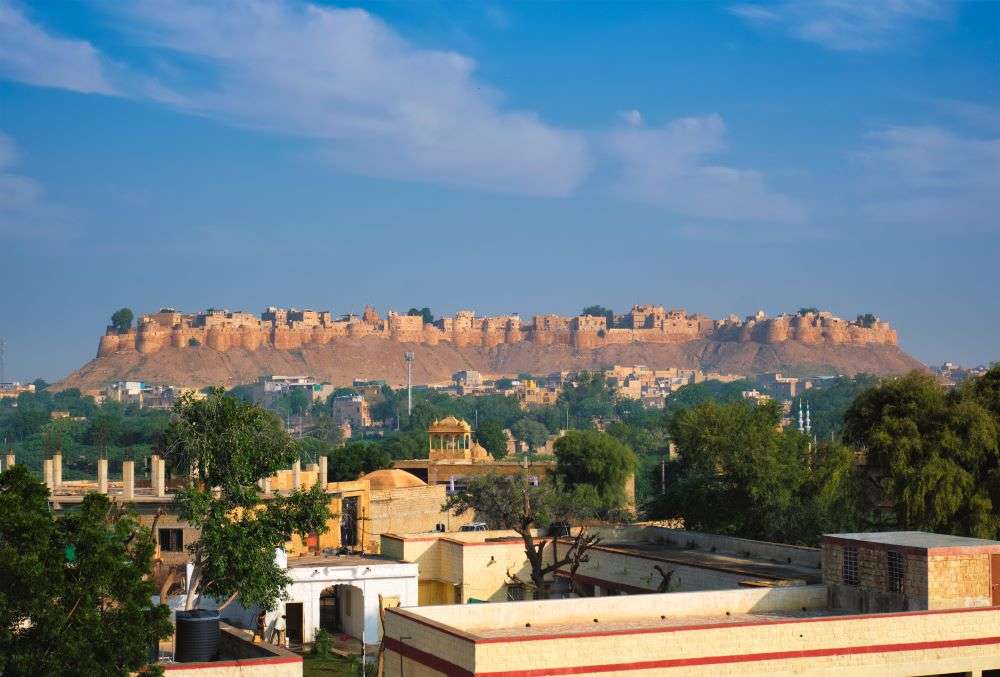 It so happened that in the early times, though the exact date is not recorded, the kings were so impressed by the services of their subjects, that they decided to give a 1500 ft long fort to them. As a result, more than 800 years after it was built, it is still inhabited by the descendants of those families, who served those kings and are now reaping the benefits of their ancestors’ services. In fact, thousands live in the glorious fort for free!

Today, life goes on as usual in the narrow lanes and crowded courtyards, much like it did in the 12th century. Although thousands of visitors pass through the lanes here every day, the fortress still remains a tight knit society.

The fort has 99 bastions, and is 250 ft tall; the walls are made from yellow sandstone bricks, and the roofs are covered with 3 ft mud to keep the interiors cool when the temperature soars.

Another interesting feature about this fort is its environment-friendly architecture, complete with jaalis (perforated stone) and jharokhas (enclosed balcony) in the houses, which allow wind to pass smoothly.