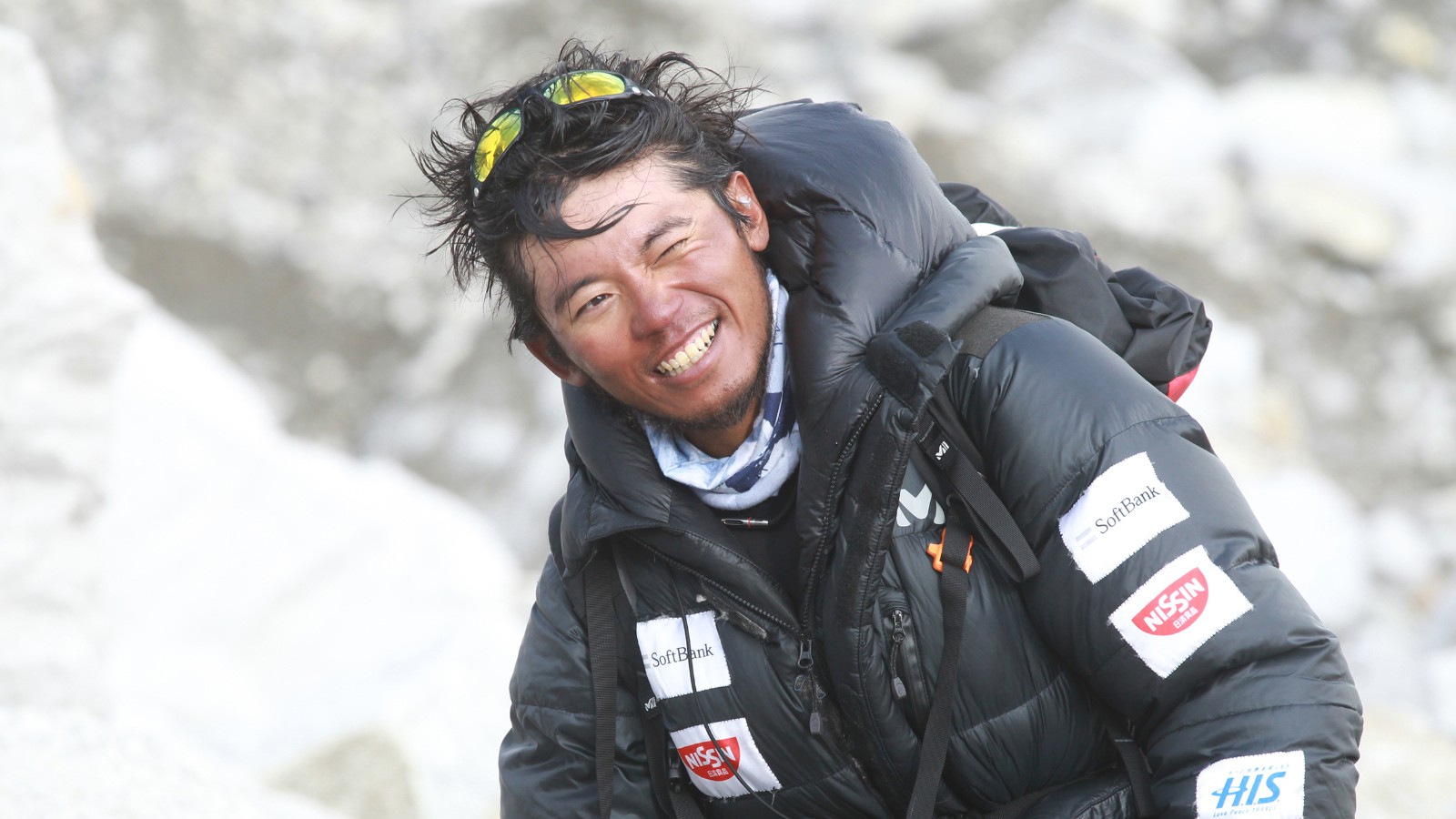 Nobukazu Kuriki will be the first and only climber attempting to summit Everest this season, nearly five months after dozens died in an avalanche, the mountain’s deadliest accident to date.

While the fall climbing season is a tough enough time to attempt to scale the world’s highest mountain, the 33-year old is climbing alone and without oxygen.

Kuriki’s hands were seriously damaged by frostbite during his 2012 attempt on Everest’s West Ridge. He can use his right thumb for grip but isn’t able to fully use an ice ax — a critical part of a mountaineer’s safety equipment.

“I was told by a doctor that my performance will drop by more than 20%,” Kuriki told CNN earlier this month.

“I feel that it takes more time to do detailed work such as getting change from a vending machine. I lost my fingers but at the same time I learned a lot about life and many people supported me.”

He was expected to set off for Camp II at 5 a.m. local time on Wednesday, reaching his destination before nightfall, according to Sachiko Kobayashi, Kuriki’s secretary, based in Tokyo.

But the weather has been poor, with snowfall reported since Saturday — though the conditions are expected to improve on Thursday, she said. However, Kuriki has not been in touch since 11 p.m. local time on Tuesday, she added.

Kuriki is no stranger to Everest’s extreme conditions, from both the Chinese and Nepalese sides of the mountain.

His September solo quest will be the Hokkaido climber’s fifth attempt to summit the mountain.

In 2009, Chinese officials ordered him off the mountain before he could complete his climbing schedule.

Bad weather and a fatal accident with his crew ended a 2010 attempt from the Nepalese side of the mountain.

On a subsequent try in 2011, his tent poles, supplies and cooking gas were dug up by Himalayan crows at his final camp, and in 2012, extreme cold and high winds ended his quest and left him with serious frostbite.

Although he’s successfully summited a number of 8,000-meter peaks in Nepal, including Cho Oyu, Manaslu, Dhaulagiri, and Mount Broad Peak, the odds of him successfully conquering Everest at 8,850 meters (29,035 feet), aren’t great.

More than 10,000 climbers have tackled it since mountaineers began their assault on the massif in 1922, but it wasn’t until 1953 that Edmund Hillary and Tenzing Norgay conquered the mountain.

Since then, more and more climbers have challenged Everest. One in 10 people who attempt it die.

The risks don’t lessen when climbers head for home either. Avalanches, falls, high winds, extreme cold, fatigue and altitude sickness are as much of an issue on the descent.

Most climbers use oxygen to combat the effects of the notorious death zone — above 8,000 meters — where the oxygen level in the air is so low, it can’t sustain human life.

Kuriki, who likes the challenge of winter climbing, will climb without oxygen, increasing his risks significantly. Without supplementary oxygen, climbers battle fatigue and confusion which can lead to accidents.

Kuriki has also decided to climb without the support of fellow climbers. He’ll climb alone above Everest Base Camp while a cameraman and a Sherpa will climb separately to Camp 2 to record his climb.

“When I climb by myself, I can feel things I can’t in a city, and therefore, I learn from nature and grow as a human being,” Kuriki said last month.

“It’s not for a record or honor. I believe everybody in the world has his or her own mountain in life. Many people might stop climbing or challenging themselves because others judge them negatively or it seems tough.

“By climbing and webcasting from Everest, I want to tell people that we can try together and share our adventures in life so they can keep trying for their dream,” Kuriki said.

The Nepal government closed Everest after the devastating April 25 earthquake triggered massive avalanches on the mountain killing 19, and injuring 61 others.

Many of those were sheltering in the comparative safety of Base Camp. A massive helicopter and land rescue mission was needed to rescue around 230 mountaineers stranded on the mountain.

CNN’s Wayne Chang in Hong Kong contributed to this report.