Located in Rajasthan, this ‘other’ Khajuraho of India is a cursed place

India’s one of the most popular states, Rajasthan, is not only home to heritage sites and beautifully dressed people, but also jinxed places like Bhangarh and Kuldhara. Interestingly, there is another less-popular place in Rajasthan that is believed to be cursed.

A popular legend has it that anyone who stays in the town at dusk would turn into a stone. Therefore, the temples remain deserted after sundown, and no one dares to break through the huge rusty, locked gate installed at the entrance. If at all, anyone has to enter the temple before sunset, it has to be done via the tiny gate located adjacent to the wall.

Going by the popular legend, Kiradu was formally called Kiradkot, a kingdom of Kirad Rajputs that lived in the 6th century A.D. The citizens of this kingdom were devotees of Lord Shiva as it is evident from the shrines dedicated to the three-eyed deity present here.

As per the local belief, a certain king of the Parmar clan, known as Someshwar, took the reins in his hand in the 12th century. Unfortunately, a time came when the Turushka invaders unleashed attacks on the kingdom of Kiradu. In order to salvage his prosperous kingdom, Someshwar sought refuge at the feet of a great sage with whose timely aid, he was unable to drive out the invaders. One day, however, the sage took leave from the king, leaving behind his disciple in the care of the kingdom. During the saint’s absence, the king and his subjects got disillusioned and prodigal, and thus, forgot to look after the needs of the sage’s disciple. 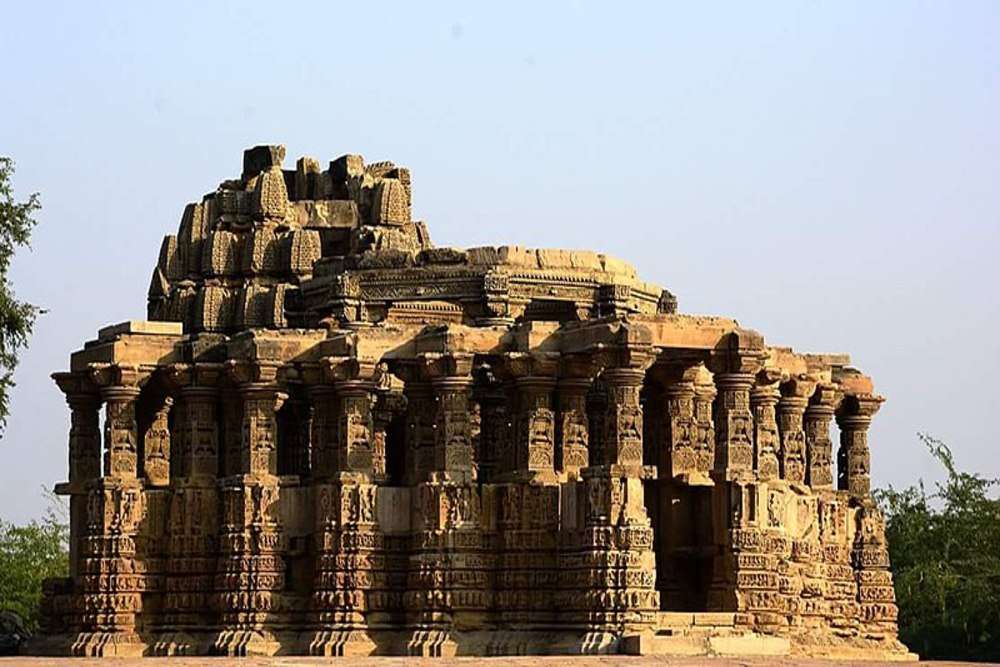 When the disciple fell severely ill, none except a potter woman took pity on him and stood by his side. On his return, the sage was furious to know about the ungrateful attitude of the king and his subjects. As a result, as the locals believe, the sage pronounced a cursed on the kingdom, saying that the citizens living there will turn into stone for their lack of humanity! However, he spared the potter woman who nursed the disciple during his illness, and warned her to leave the town soon. She was further asked to avoid looking behind lest the curse turns her into a stone. As the woman was leaving the cursed place, out of sheer curiosity, she made the mistake of looking behind, thereby, turning into a stone.

The superstition has prevented any human being from testing the authenticity of the curse, and the fear of being turned into stone has kept humans away from Kiradu temples after sundown.

Yet, the presence of the stone statue of a woman in Sinhani village is believed to be a testimony of the legend associated with the history of Kiradu temples.

The cluster of temples in Kiradu is, however, no solely dedicated to erotica. Some of the sculptures are those of the Hindu gods. Apparently, this town appears to be another mysterious place in India that is hiding mind-boggling facts yet to be known to humans.