Pilot diverts airplane to save dog 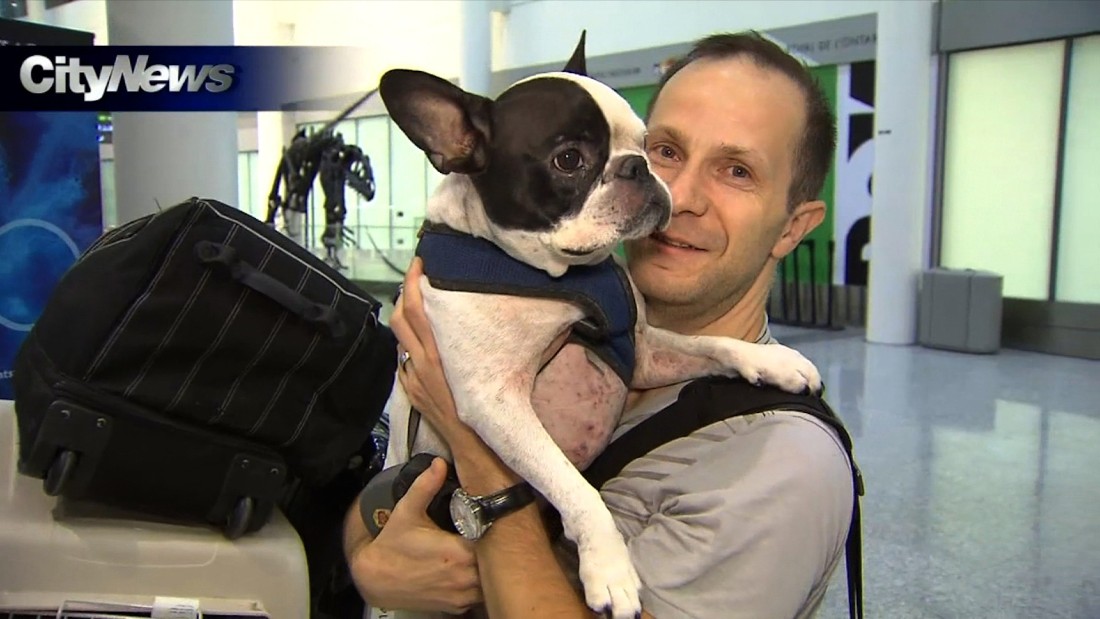 (CNN) — Simba the French bulldog is probably alive today because of the attentiveness of an Air Canada pilot.

Simba was flying via Air Canada Flight 85 from Tel Aviv to Toronto when the pilot noticed a problem with the cargo area’s heating system, according to CNN Canadian affiliate City News. (Simba’s owner, German Kontorovich, was in the cabin with his fellow humans.)

“As soon as the crew became aware of the temperature issue, the captain grew rightfully concerned for the dog’s comfort and well-being,” Air Canada spokesman Peter Fitzpatrick told CNN via email. “With the altitude it can become very uncomfortable, and possibly the situation could have been life-threatening if the flight had continued.”

The aircraft diverted to Frankfurt, Germany, where Simba, age 7, was boarded onto another flight, causing a delay of about 75 minutes for the original flight’s passengers.

“Frankfurt was a good choice due to proximity, the fact there are multiple Air Canada flights (and flights by our partner Lufthansa) to Canada each day, and also because the airport can turn aircraft quickly, meaning there would be little time on the ground,” said Fitzpatrick.

“While we recognize this was an inconvenience for our customers, the overall reaction was positive, particularly once people understood the dog was in potential danger but safe as a result of the diversion,” he said.

Kontorovich was grateful for the pilot’s decision. “It’s my dog, it’s like (my) child. It’s everything,” he told City News after landing at Toronto Pearson International Airport.

“It was definitely the right thing to do,” a fellow passenger said.

The diversion could cost the airline thousands of dollars in fuel costs, aviation expert Phyl Durby told City News, but he called it the right decision. “The captain is responsible for all lives on board.”