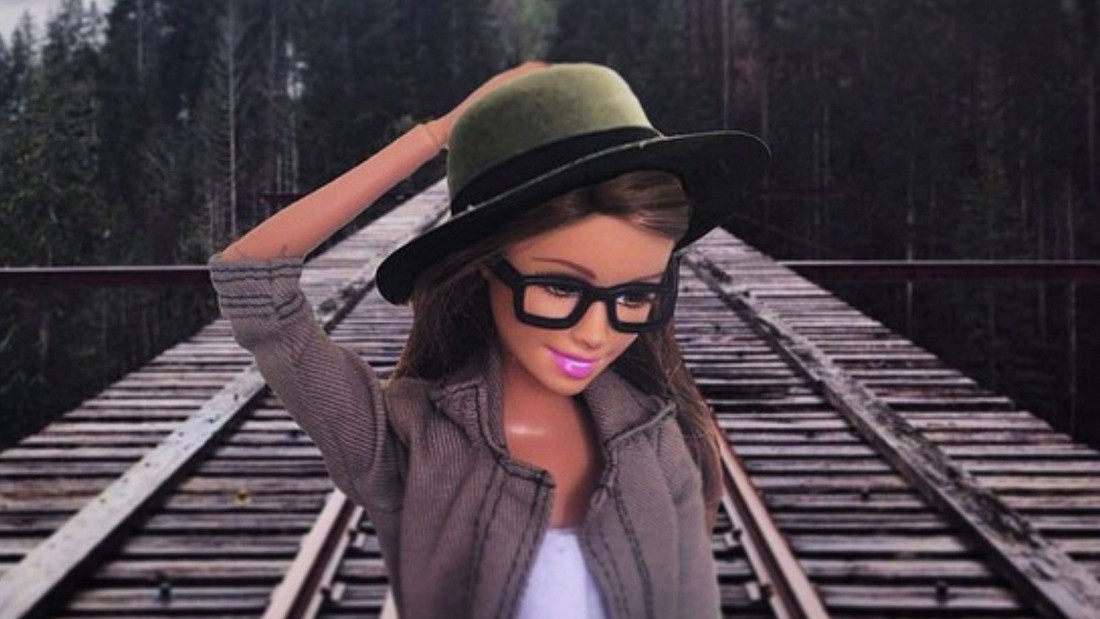 (CNN) — Just when we thought it was safe to post photographs of our amazing travels all over the Internet, here comes Socality Barbie to expose us as the losers we are.

The plastic doll has been generating Internet buzz thanks to a U.S. photographer who created a spoof Instagram account featuring images of Barbie enjoying an enviably wholesome lifestyle.

Instantly recognizable to anyone who has harvested likes for filtered photos of themselves self-consciously enjoying an outdoorsy existence, the images neatly skewer hipster pretensions.

“I created the account to make fun of people who were using the ‘liveauthentic’ hashtag on Instagram,” the anonymous 20-year-old Portland, Oregon resident behind the Barbie account told Koin 6. “All their pictures looked alike.”

Socality Barbie has clearly struck a nerve, winning at least one million followers for her selfies on windswept beaches, along leafy hiking trails and in numerous coffee shops.

There are also shots of Barbie relaxing in a foamy bath, leading an unseen beau by the hand towards a beautiful lake and peering out of a plane window at the cityscape below.

As Wired magazine scathingly comments: “Hipster Barbie is so much better at Instagram than you.”

The three-month-old account’s highlight to date is a photo of Barbie brewing up an espresso while gazing wistfully across the wilderness from a clifftop.

The caption reads: “I just ‘happened’ to bring all my coffee gear on this hike. Might as well make a cup on this mountain top like any normal person would do.”

The account’s creator says such posts are intended to mock the “fake” lifestyles of people who genuinely post similar images.

“There’s a ton of people who actually do that,” she adds. “They actually go on a hike just go to a mountain top and make coffee — and I think that’s a bit ridiculous.”

She promises Barbie is poised for “more adventures around the Pacific Northwest.”

“There’s still a couple of things I want to poke fun at before the account ends.”