The Gujarat government has announced that Saurashtra will soon have a tourism circuit involving beaches, pilgrim places and lions. Vijay Rupani, the Chief Minister of Gujarat, launched projects worth INR 126.96 crore on Thursday for the same.

The CM said, “The Gujarat government is mulling developing a tourist circuit involving pilgrim places, beaches in Saurashtra and the pride of Gujarat, lions of Gir forest and chalk out a circuit surrounding all these places. Pilgrim places like Jyotirling Somnath and Girnar hill, historical places like Uparkot, the beaches of Somnath and lion sighting in Gir Lion Sanctuary in Saurashtra.”

He further said that the government is firm on the decision to make Gujarat a world-class tourist destination and that they’ll be developing several tourist centres for the same. As of now, the latest major tourist attraction in Gujarat is the ropeway in Girnar that is all set to start shortly.

On the other hand, the Somnath Temple in Veraval has already had development work costing around INR 45 crore. Prahlad Singh Patel, Union Minister of state for tourism, was also present at the time of launch. 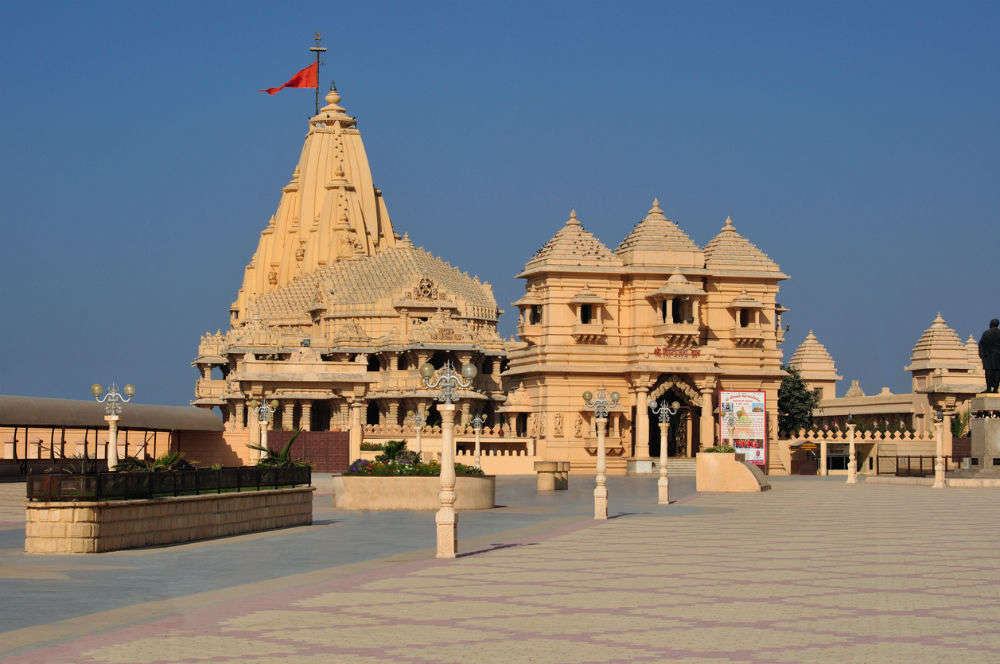 During the online launch, the CM also informed that the state government is working continuously on developing world-class facilities for tourists. These facilities include a community kitchen, spacious parking area, information center for tourists, and Somnath Museum at the temple, among others.

Given the current pandemic situation, when things are gradually unlocking amid Coronavirus outbreak, people are little apprehensive about travelling or getting out of their houses. Gujarat, as of now, has recorded 45481 COVID-19 positive cases and 2089 deaths.