A three-year-old has just created a record that is commendable for his age and potential. He has become the youngest person to reach the summit of a 10000 ft Swiss mountain after a three-day climb. When we all have been dreaming about travelling, this toddler went ahead to create this world record.

Jackson Houlding, aged 3, and his sister Freya, aged 7, made it to the top of the Piz Badile mountain, which sits on the border of Switzerland and Italy. The adventurous duo managed to do so with the help of their father, Leo, and mother, Jess. Reportedly, the family first took their time making their way up the mountain; they did spend a night in an alpine hut and two nights in bivouacs shelters. The father, Leo Houlding, 40, and Mother Jessica, 41, led the kids up the 10000 ft mountain. While Leo is a professional climber who regularly climbs dangerous peaks, his wife is also an avid climber. 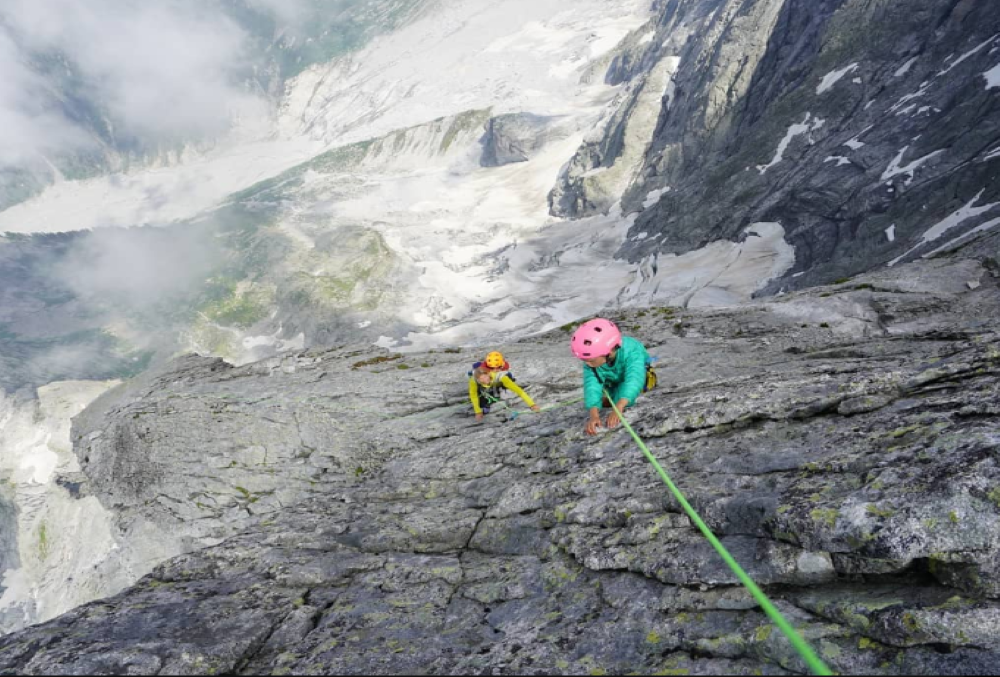 Describing their journey and citing his children’s accomplishment as exceptional, Leo Houlding said his daughter climbed it all by herself, all the way, including all the hiking and everything, and that it was very impressive; he added that she just turned seven last week. He also stated that his wife carried Jackson on her back for most of the journey, while he had been carrying all the required food for the family and other stuff relating to camping equipment.

Leo reiterated that if he had been solo, it would have been like a ‘walk in the park’, and that he could have done it easily in his hiking shoes without a rope. However, the guidebook time for a normal team is around 8 hours climb, and a 2-day round trip. He mentioned that because he had his children there, he was conscious that they were on a big adventure together, but never felt that they were in an unacceptable position.