Can you imagine the size of the world’s largest cashew nut tree? Well, it covers a staggering area of 2 ac, or say approximately 3281.34 sq ft.

Another interesting feature about this marvel is that it resembles a mini forest, and has already made its entry to the Guinness World Records as the largest cashew tree in the world, and it has not stopped growing. The limbs of the tree, around the size of 70 regular cashew trees, further spread to out an incredible 50 m from the central trunk. Thereby, making it look like a never-ending tree if you trail under its branches and want to see where it ends.

Where do you find this attraction?

Located in a park next to a beach in Brazil, it is a major draw for tourists from far and wide. While enjoying a stroll inside the sprawling canopy, you might feel like walking in a lush, green forest, whereas, you are in fact walking within one giant single tree. The tree covers areas, which is almost the size of two football fields, and its record enormous size is believed to be the result of two different genetic mutations. 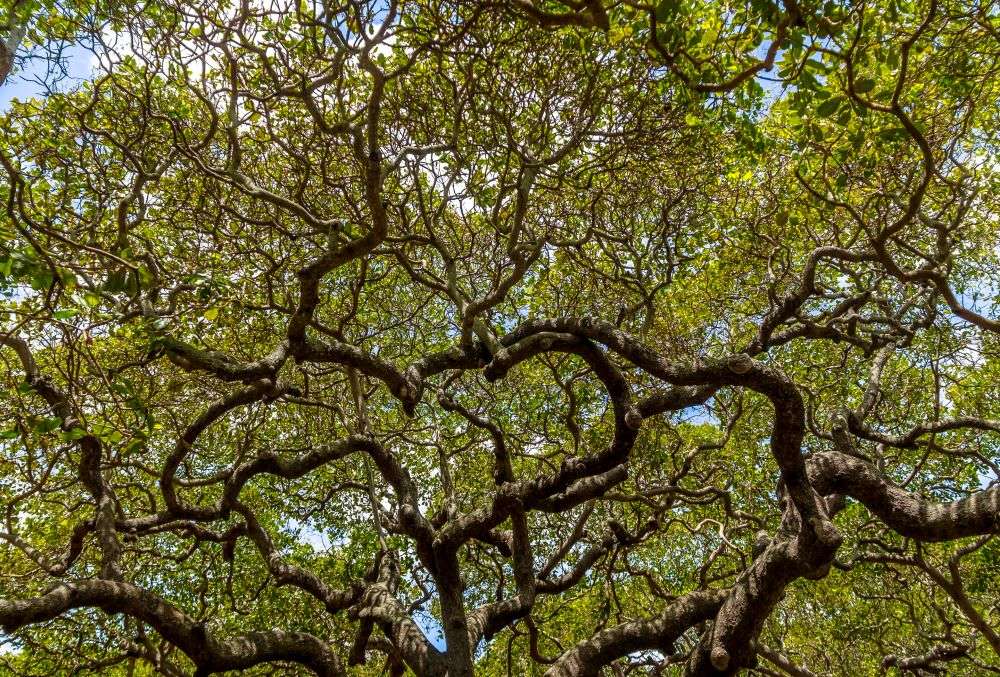 Why should you visit this spot?

Although Brazil is already famous in the tourist circuit for its spectacular beaches and party scenes, you should visit this spot and see it up close and personal. Mark our words, you won’t be disappointed. 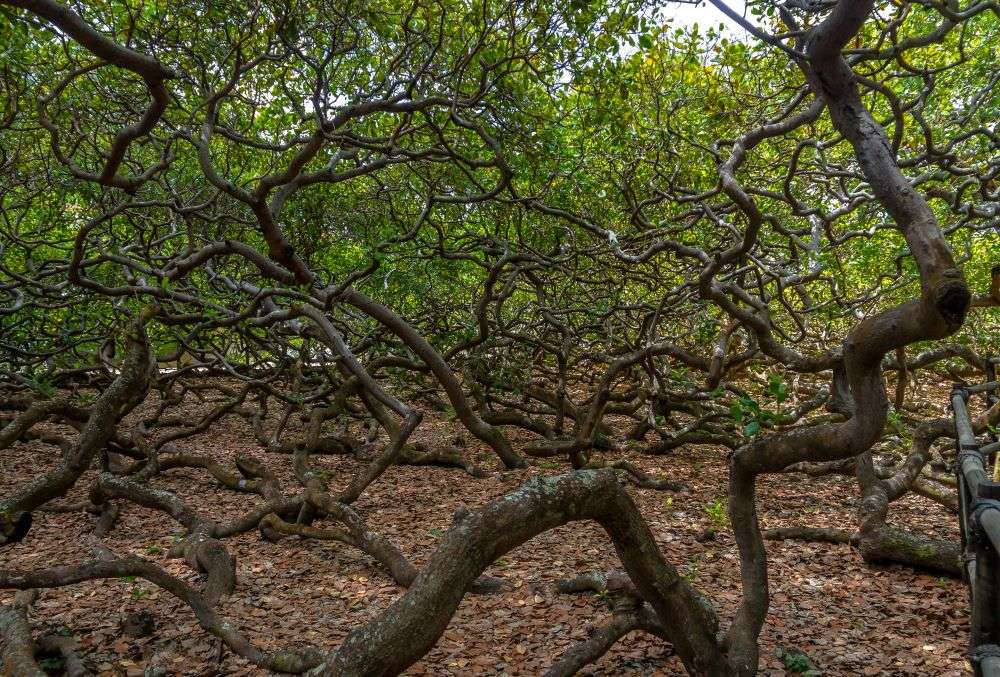 It will be a beautiful drive along the Brazilian coast down from Natal. The cashew tree is located near the popular Pirangi Beach in Brazil. All you need to do is just follow the cashew-shaped signs, and you will be at the right spot in 20 minutes. To go near the tree or take a stroll inside the sprawling canopy, you will have to pay an admission charge, which is cheap and will not burn a hole in your pocket.

Apart from this, the cashew nut tree is surrounded by an equal or greater area of land that is dedicated to souvenir shops, selling all kinds of cashew-themed souvenirs.

Important tip: Once there, don’t forget to get the cashew-flavored cachaca, which is a Brazilian sugarcane-based alcohol.