Zoos and parks in India on high alert after a tiger in New York zoo gets infected with Coronavirus, India

Indian zoo authorities have been put on high alert after a tiger in the Bronx Zoo of New York tested positive for Coronavirus. The Ministry of Environment and Forests has asked all the states to keep an eye on animals residing in zoos, national parks and tiger reserves and report any uncommon behaviour of animals immediately. The step has been taken to avoid any possibility of COVID-19 outbreak among animals.

The decision to monitor wild animals 24×7 via CCTVs has also been taken after the confirmation from the US Department of Agriculture’s National Veterinary Services Laboratories that a four-year-old Malayan tiger at the Bronx Zoo was infected by the deadly virus. 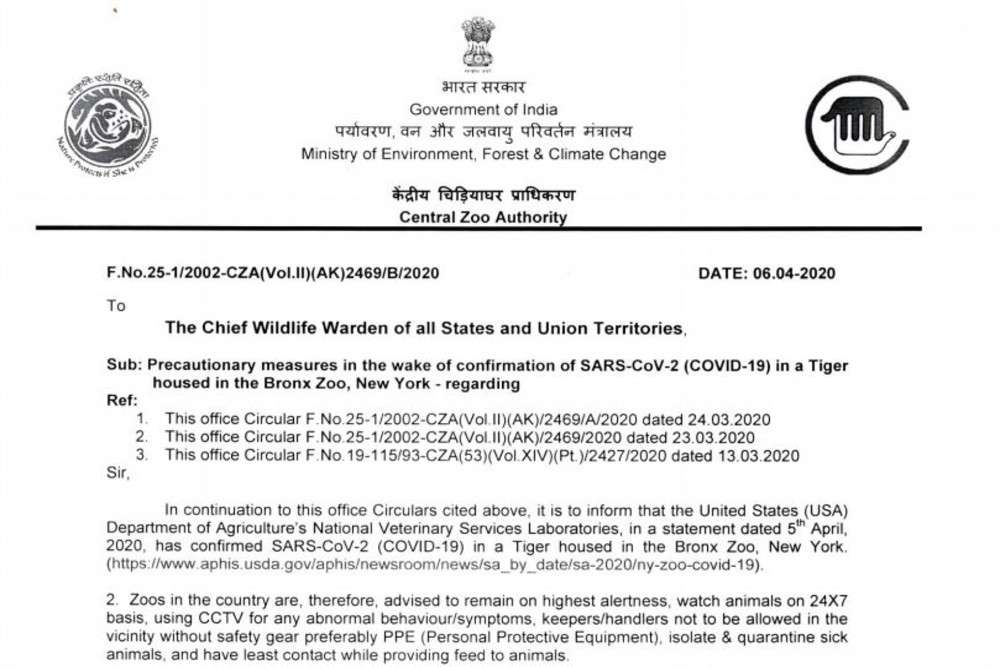 The Central Zoo Authority, in its letter which was addressed to all states and Union Territories chief wildlife wardens, has directed them to remain on “highest alertness, watch animals on a 24×7 basis using CCTV and keep an eye for any abnormal behaviour or symptoms shown by them”. 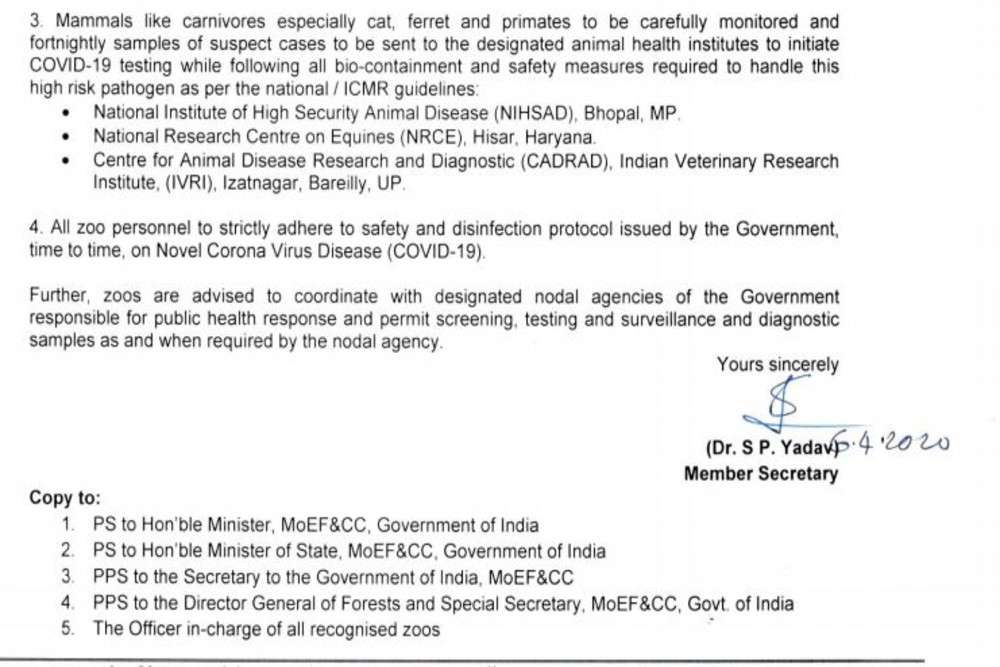 After the New York zoo incident, the environment ministry issued circulars to all national parks, sanctuaries and tiger reserves asking the authorities to reduce the human-wildlife interaction along with restricting the movement of people inside the parks to stop any possible spread of the Coronavirus.

The circular also read that the zoo-keepers are asked to monitor mammals, especially cats and ferrets carefully. They are asked to send samples of suspected cases fortnightly to the designated animal health institutes for Coronavirus testing. 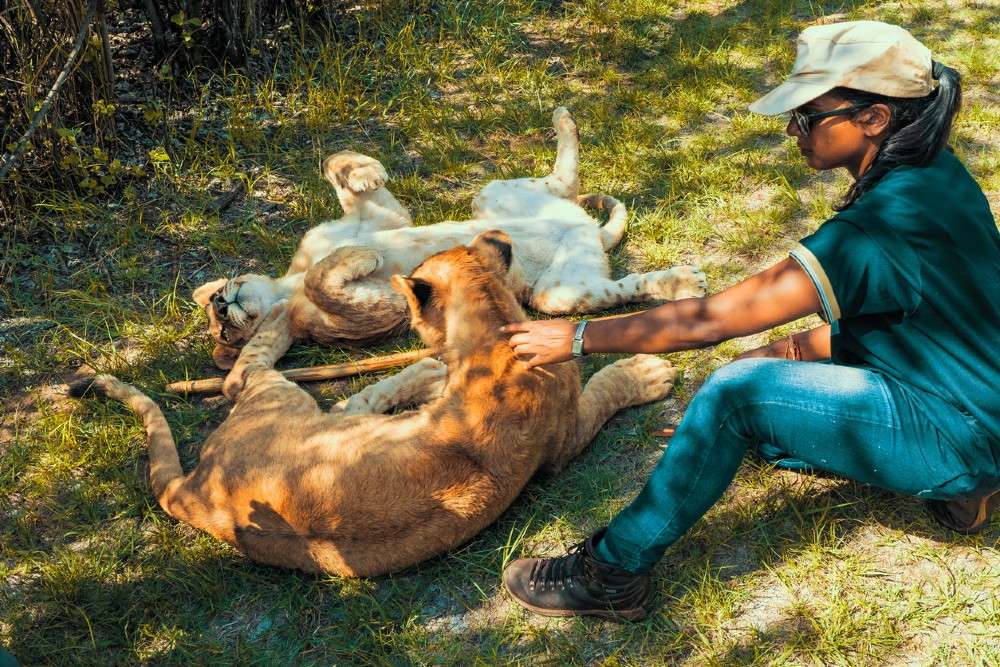 In case there is any sick animal, it must be quarantined immediately and workers tending to them must have less contact while feeding. According to the circular, “All this should be done following all bio-containment and safety measures required to handle high-risk pathogen as per the guidelines of the Indian Council of Medical Research (ICMR),”

The Bronx Zoo incident came to light after several lions and tigers started showing symptoms of respiratory illness. The US authorities believe that the tiger got infected after being exposed to a zoo employee, who was asymptomatic during the time of tiger contact.